In spite of the very public criticism of Google Books by the administrators of the Bibliothèque Nationale, the latter has engaged for years in a similar digitization project called Gallica. Ironically, you can often find texts on Gallica that are not available on Google Books because Google cannot publish full-text documents if there is any print edition that still holds a current copyright. Gallica will offer older editions of texts as long as they are over 75 years old or otherwise in the public domain, even if there exists a newer edition. But just like Google, it is important that the use be non-commercial. There is a different process of licenses and permissions for commercial use. 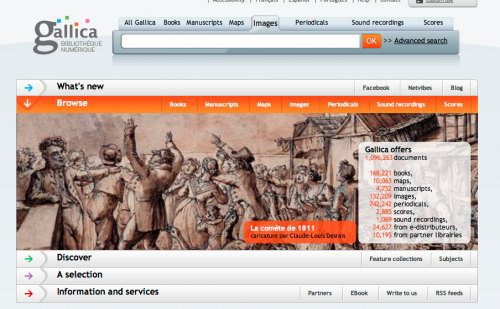 Using Gallica is easier than ever: in the last year, many of the documents became fully searchable, where previously you could only search within the titles. I’ll take you through the steps to downloading a document on Gallica. But first, I wanted to share some ideas of the kinds of texts you may find and use.

In a French civilisation or history course, Gallica may prove much more useful than Google Books. There are thousands of maps, for example, which can be an interesting starting point for a discussion on the French colonial empire. You can also browse through the “featured collections” tab from the front page of Gallica and see the collection of texts, maps, and manuscripts that have been grouped together under a theme (“La France en Amérique,”  “Voyages en Afrique,” “Voyages en France,” “Utopie,” et al.). 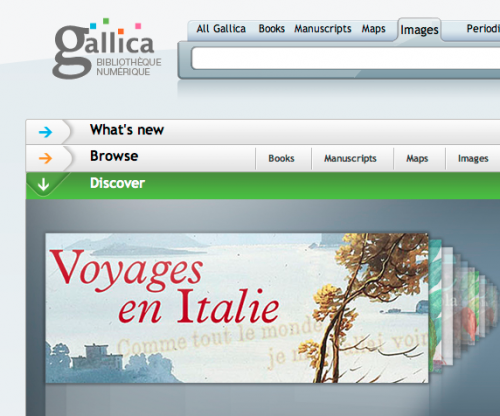 The uses in literature courses is obvious, but more than just novels and short stories, you can also find original manuscripts – in the author’s handwriting – complete with marginal notes and edits. Check out Proust’s Du côté de chez Swann, for example. What’s more, Gallica has a sound collection called La Voix sur Gallica, which holds various recordings, including Apollinaire reading many of his most well-known poems.

So how to we access these materials? In my example, I decided to search for old geography textbooks, which would be interesting to analyse in a discussion of republican schooling, the colonies, or how French people placed themselves in the global context.

First, I simply searched for “cours de géographie” and got 1279 results. 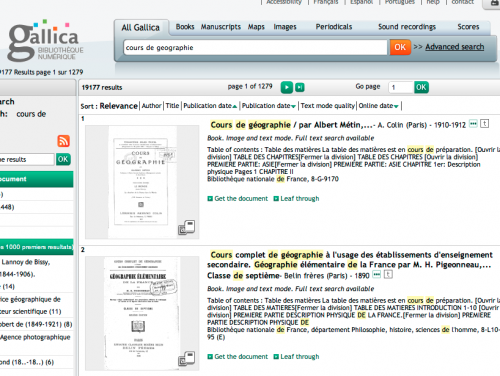 You can see on the result page a summary of the titles, authors, publication dates/ locations, and even tables of contents. If I were looking for something more specific (a geography book from 1871 vs. 1900 vs. 1914, for example), I could limit my results by using the “advanced search” option.

I decided to view the first one, for the sake of this example. It’s a textbook published in 1912. Once I clicked on the document title, the first page appeared. You can view the text online or download it. To download, look at the three icons at the top right and click on the one to the far left. It looks like the symbol for emailing it, but it is actually the download button:

A lisence agreement page will then pop up. Note that you can save in three different formats, and download the entire document or just a selection. You’ll need to click the little box to agree, and then hit “Envoyer”: 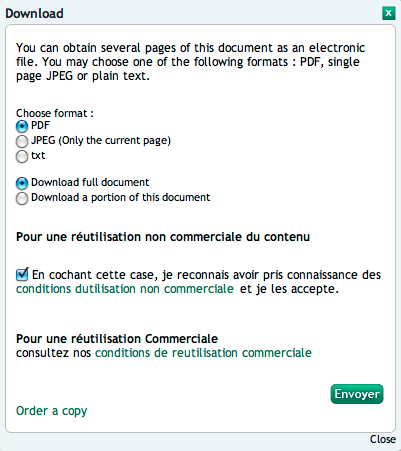 We’re not downloading yet, however. Another screen will load with the prepared document. You just “click here” and the document will download. 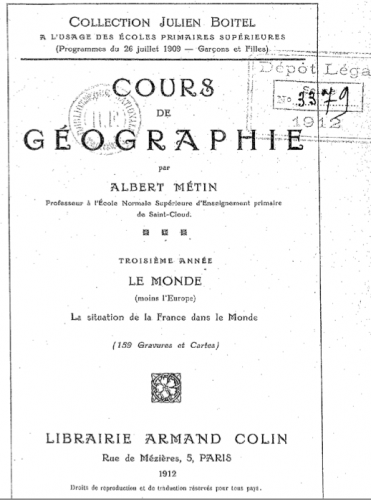 I just open the downloaded file and view it. This one looks interesting, since the subtitle is “La situation de la France dans le Monde” and boasts 159 engravings and maps. Scrolling down and scanning the document, there are indeed some interesting photos and maps. I especially like the photos and think the final image on the splitting up of Africa by Europeans would be relevant in the classroom: 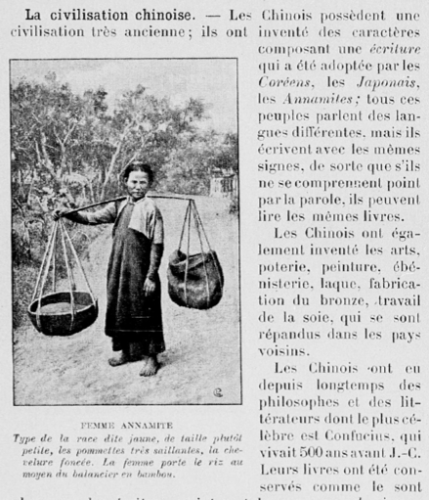 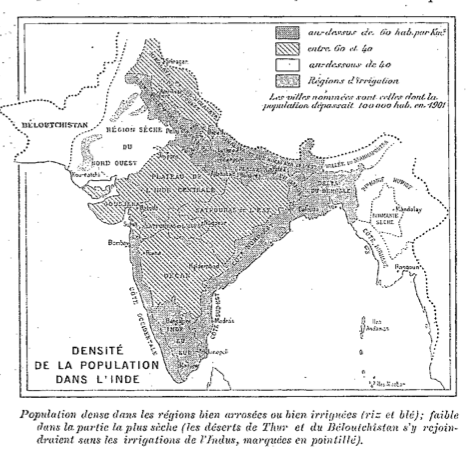 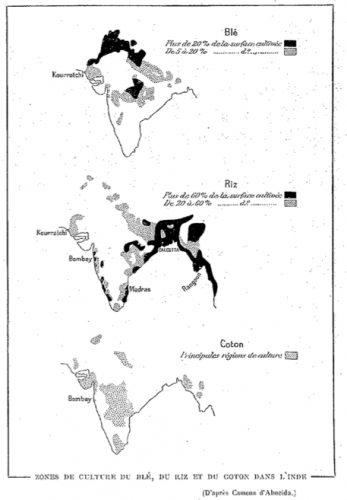 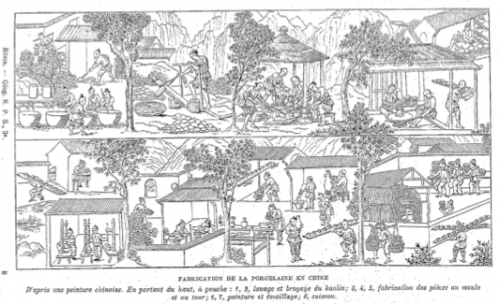 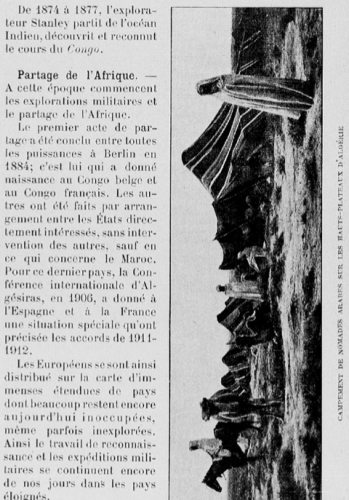 ← Le Parkour
To the Barricades! Photos of Revolutionary Paris →