From the Union sacrée to trench warfare, these sources have been effective in introducing to one of the most formative events of twentieth-century France: World War One (or “The Great War” as it was called before there was a second). As with the other materials I choose for teaching history and civilization, my concern is to present students with primary sources. They will get an overarching historical narrative in the lectures and the textbook, but we focus at least half of our class time – and all of our writing assignments – on the analysis of primary materials, including the ones below.

To begin, we read selected essays in Maurice Barrès’ l’Union Sacrée. Published in 1915, the title of this collection of articles – originally published in l’Écho de Paris during the first months of the war – is taken from the prevailing notion that, in 1914, French people of all political colors were unified in opposition to the German threat. Barrès of course represents the political right, but he puts aside his ideological differences (or at least makes an attempt) to remember Jean Jaurès, for example. His articles are an entry into this idea of a national coming together that was the union sacrée. We read a couple of short selections, such as “La mort de Jaurès,” “L’âme des soldats,” and “La cathédrale en flammes” (about the Reims cathedral, a symbol of what are presented as the culturally destructive Germans, referred to in some 1920s sources as well.)

Letters and postcards from the time period are also sources to keep an eye on for talking about the First World War. The French website Le souvenir français has this one from the infamous battlefield at Verdun.

The subject of this correspondance, however, is is quotidien: mealtime. André Beneteau writes to his mother (24 April 1916):

{André Beneteau survived the war and then went to the US to earn his Ph.D. in romance languages, and taught at several east coast universities during the interwar period before returning to France.}

The above snapshot hides the horrors of trench warfare, the reality of which we attempt to access through more haunting images of Verdun: 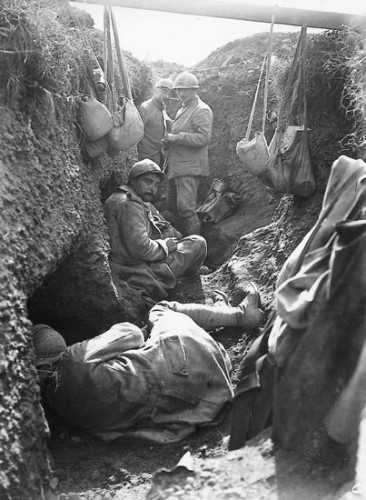 Paris en Images, one of my favorite sources for teaching French civilization, has several images related to the Armistice of 1918. In my courses I had the students analyse a Parisian poster announcing the Armistice. 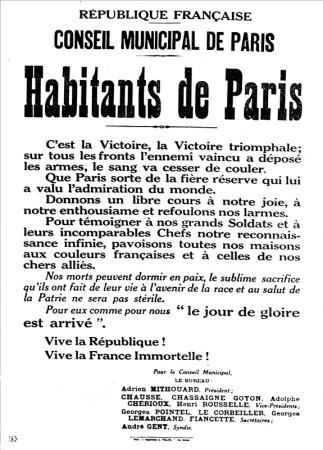 We talked about the adjectives used, the narrative created to remember the end of the war, the sacrifice of the dead, etc.

Numerous photos are also witness to the exuberance of 11 November 1918: 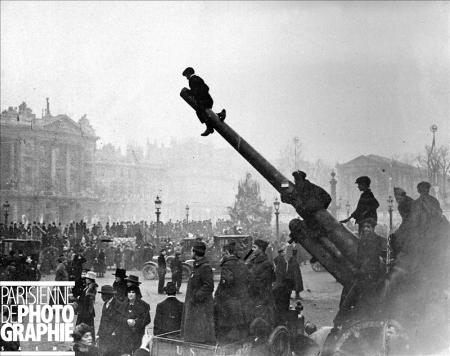 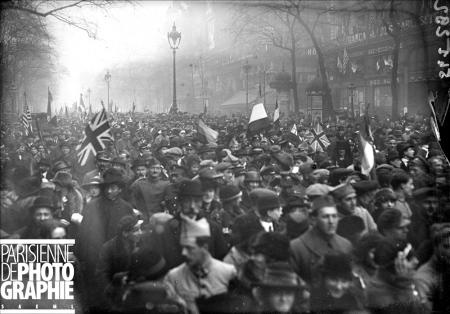 And not to forget the carriage car in which the 1918 Armistice was signed, and which would later be used to sign the 1940 surrender. 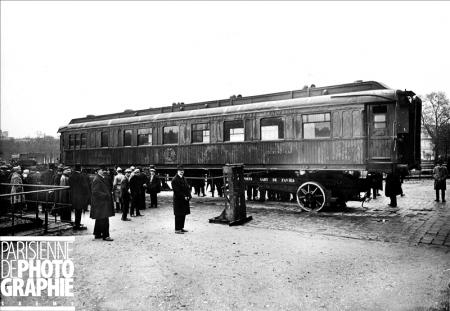 With the conditions of the armistice and the traumatic memory of trench warfare, the seeds for another conflict are sown…

← Sources for French History and Civilization Courses: the 1920s

1 comment for “Sources for French History and Civilization Courses: the Great War”